2 voices, 4 hands, 4 languages and quite a lot of instruments present a firework for the ears, eyes and hearts. Stella’s Morgenstern is the name of the duo, consisting of the singer Stella and the guitarrist Andreas Hecht.

They sing songs of love. They tell stories of peaks and happy feelings, as well as those of departure and splitting, stories that take the audience through highest and deepest emotions. The poetic texts, filled with humour, pain and irony, cause every listener to identify empathically with them.

The „simple“ tunes move your legs and tears, so that the atmosphere is easily transmitted, the songs are in Hebrew, English, Yiddish and German.

Most of the songs were composed by prof*merose, an artist of Israeli origin. They present the tradition of angloamerican folk songs, blues and chansons, mixed with mediteranean oriental influences. 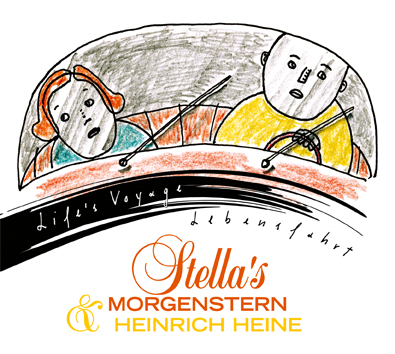